Knox County Won’t Raise Your Taxes, BUT Grow the Government? That is Different!

You hear the mantra from Knox County Government, we haven’t, we won’t raise your taxes. What they don’t say is how they move the shells around and grow the government. Take for instance the Mayor’s Communication Department. In 2010, it started with one modestly paid person, then they move a communication person from solid waste and eliminate a health department communication person and salaries begin rising.

The Knox County Property Assessor during reassessment moves property values around. One area of the county Powell gets a big jump, a reduction in West Knoxville the tax rate stays the same but more dollars flow in.

And now according to this report from the Knoxville News Sentinel the Knox County Commission will embark on a few months maybe a year study on fire protection. Currently, it is subscription based by individual property owners. But just think of the salivating for all the dollars the county could rake in if they took Rural Metro and made it part of your county tax payment. I can hear the spin now, instead of $800 a year, the property owner will only pay $500 a year. But that is $500 for each and every piece of property in Knox County. Oh My, How exciting the boys must be getting about those dollars.

Reminds me of the quote attributed to the late Everett Dirksen, Mrs. Joy Baker’s (Senator Baker’s first wife, who passed away on April 23, 1993) father “A billion here, a billion there, pretty soon, you’re talking real money.” 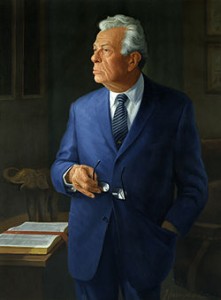