What is the Future of Carter Elementary School? Renovate or New School

The Knox County School Board and Knox County Commission had a touring session this afternoon at Carter Elementary School. The Superintendent & School Board have proposed a $5.0 million dollar renovation and minor expansion. The community is requesting a new school built on the Strawberry Plains Pike property that was purchased in 2003. The tour helped to give the Commissioners and School Board Members an idea of what the renovations and expansion will look like, now real consensus was shown by those in attendance. Mr. Conley Underwood aka “Mr. Carter” served as the community representative on the tour. Five of the Eleven Commissioners attended; Commission Chairman Mike Hammond, David Wright, Mike Brown, Jeff Ownby and Tony Norman. Four of the Nine School Board Members attended; School Board Chairwoman Indya Kincannon, Cindy Buttry, Pam Trainor and Mike McMillan. Superintendent Dr. Jim McIntyre, School Facilities Director Doug Dillingham, Schools Communication Director Melissa Copelan and Administrative Assistant Mary Martin were all part of the delegation. 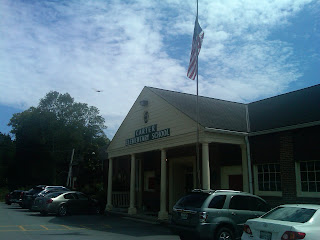 Here is the front entrance for Carter Elementary School. However, it is as far away from the office as it could possibly be. 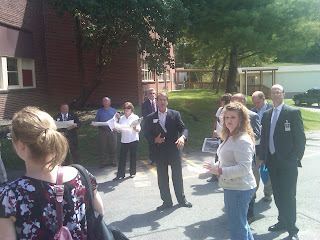 Here David Collins of McCarty Holsaple McCarty (the architect) is showing where the new office space is planned to be located. Yes, it appears I am standing in the office, probably sent there for something I did. 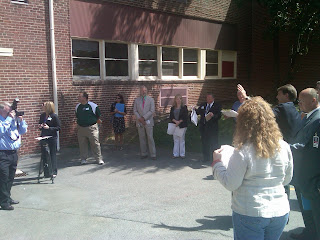 Here is a better shot of the group of County Commissioners and School Board Members that attended. 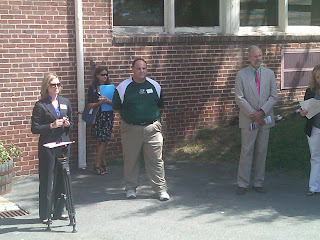 Mr. Conley Underwood, the PTO leader at Carter has been a magnificent leader in making the communities views known. Mr. Underwood should be named “Mr. Carter” 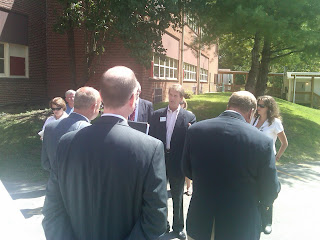 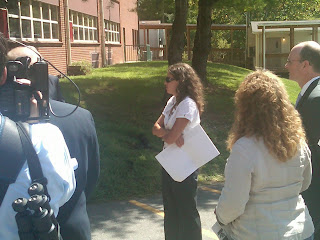 Here School Board Chairwoman Indya Kincannon listens to questions and answers and was an excellent host for the short tour. 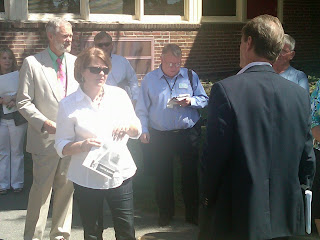 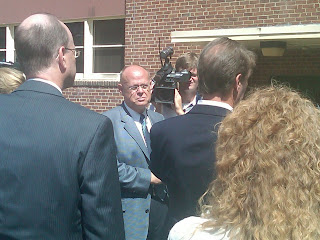 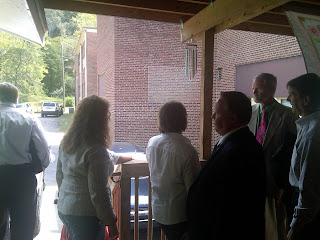 Here the group were leaving after viewing a portable classroom that will be removed with the proposed renovation. They also examined the exterior of the building. 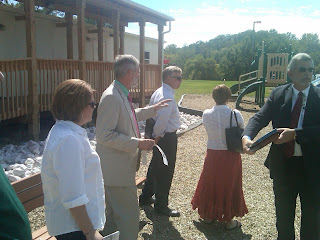 Here Commissioners Norman and Wright along with Knox County Schools Facilities Director Doug Dillingham examine the Kindergarten and First Grade playground. Kim Trent of Knox Heritage was along the tour. She is the one in the red skirt.