It seems that a couple times recently Jack McElroy and gang over at the Big Metal Shed on the Hill have printed facts that are not accurate. So, today they print a little correction box. Too bad, Lee Tramel didn’t hire Herbert Monceir so that a legitimate lawsuit could be filed. It seems that when the Former Knox County Republican Chair believed that this website publishes facts not known. Four sworn affidavits and a voice mail of the Former Chair did not require me to print a McElroy/Birmingham correction.

In addition, the paper has incorrectly identified Ray Mubarak’s name several times, they added an additional r. While that may or may not have necessitated a correction to be printed, had they not laid so many people off over the years and months. Someone would have corrected the typo and it wouldn’t be possess a multiplier with total fictitious information.

So, while some people may think that reading news that is totally fictitious is a good read, some of us prefer our news to be accurate, not good reading. 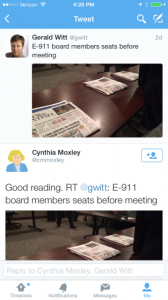