Get Motivated Seminar in Knoxville Today

Today was my second Get Motivated seminar, I attended the one two years ago and this one like the last one did not disappoint. So much good, so many takeaways. I am a blessed man that I can experience a great day of getting motivated. 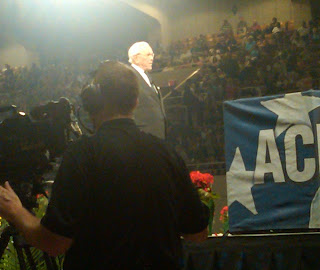 Dr. Robert Schuller of the Crystal Cathedral began the day. 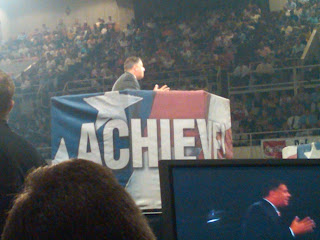 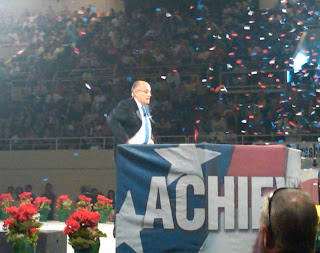 Mayor Rudy was exceptional and demonstrated statesmanlike quality. The story of his campaign for Mayor and the man telling him that he would have a Republican as Mayor when Hell froze over was funny. 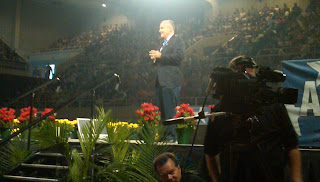 Mayor Rudy from another view. 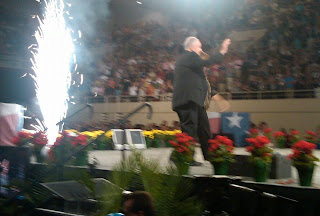 My Hero, Zig Ziglar. He was accompanied by “the redhead” his wife and their daughter Julie. His presentation was classic Zig. I have read and listened to Zig for over 25 years. 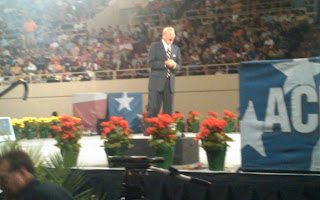 Coach Lou Holtz had some excellent takeaway points to ponder. His story about all the criticism he received when he referred to the University of Auburn and all the complaints he received and he said on camera that he knew it was Auburn University….but, he didn’t know that many people from Auburn could write brought the house down. 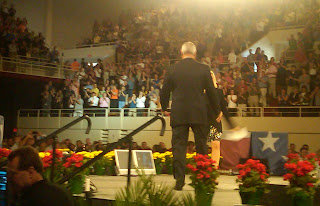 General Colin Powell taking the stage. Wow, what a magnificent presence and a total well rounded presentation. He has a humorous side. 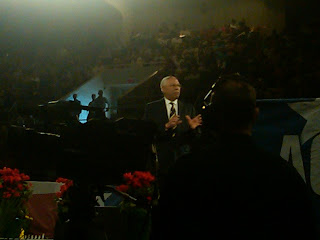 A view that I liked of the General.