Six months from yesterday, the citizens of Knox Counties Fourth District will be going to the polls to select one of three Republican individuals to be the Republican nominee for County Commissioner. So, last night Janet Testerman among more than 250 family and friends launched her campaign. 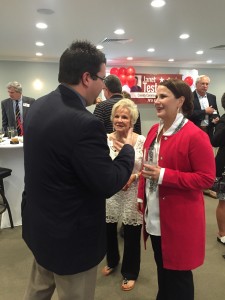 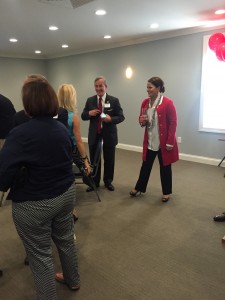 Mrs. and Commissioner Bob Thomas visit with Testerman just before she speaks to the crowd. 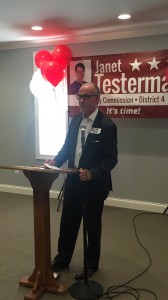 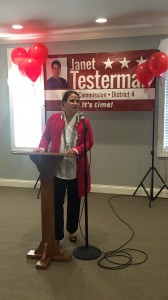 Janet Testerman speaking to those attendees about the next 6 months and about dollars and doors. There is something for everyone, contribute dollars and/or knock on doors.