Sam Hunt Street Party in Nashville with 9,998 of my Closest and Best Friends

The wife and I were in Nashville this week and on Wednesday 10/28/2015 Sam Hunt hosted a Street Party to give back to his fans after the one year since his record Montevallo released on 10/27/2014. What an artist, What a crowd, What a Concert experience. Thanks for the rain on 10/27/2015 for postponing the concert until 10/28/15. We were not in Nashville on 10/27/15. Presenting Sponsor of the Street Party was Bose. 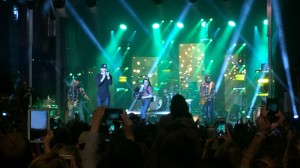