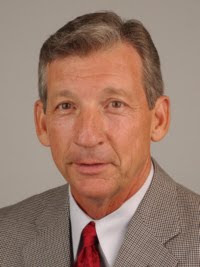 This week Mike Edwards and Mr. Wagley of the Knox Chamber Partnership attacked Rep. Frank Niceley R-Strawberry Plains as being the greatest threat to business. They attacked him for five bills. The five bills are Senate sponsored by Senator Tim Burchett. Burchett is a Republican candidate for County Mayor. Sources within the Chamber tell us that inside the organization they dislike Burchett as much as Niceley. However, they contend privately that the likelyhood of a Mayor Burchett will cost them dollars over the next four years.

Brian’s Blog would encourage Niceley and Burchett to consider a nepotism and cronyism bill related to Chamber of Commerces and the counties that fund dollars to their budget. Back in 2002 Wagley’s spouse (at the time) was employed in the County Mayor’s office while Wagley was in his high profile position at the Chamber position.