Knox County Clerk’s Use of KPD in Halls Reviewed

On June 17, 2016 I published this report about the Knox County Clerk’s Office utilizing Knoxville Police Department Officers at the new satellite office. It is my belief and several unnamed sources belief that the office is more than one mile outside the jurisdiction of the Knoxville Police Department jurisdiction. Which translates that they have no arrest authority and should an unfortunate incident occur, Knox County and the Clerk are subjecting the county taxpayers to extreme liability.

Through an open records request, I have reviewed the payment documents submitted by the Clerk’s office and copies of the checks paid to the KPD Officers. Between 5/31/2016 and 6/17/2016 eight KPD officers have been utilized. Four of the officers worked one day each and were paid $270 each. Three of the officers worked two days each and have been paid $540 each. One officer has worked four consecutive days and has been paid $1,080.

I asked the Knox County Finance Department Director if these payments came from the excess fees collected by the Clerk’s office. This question was to verify what the clerk said in answering my questions for the June 17, 2016 story. The response of the Finance Director was, “These payments are being made from the County Clerk’s operating budget from a contractual service line item.  It is true the County Clerk turns over in excess fees of approximately $1.3 million which more than covers their budgeted expenditures of approximately $600 thousand.  So technically the answer is yes.” 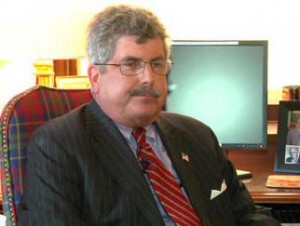