The Good ole’ Gals are Sticking Together This Year, Against Effective Representation

Well the ole’ gals Sandra and Betty are hanging close to Gloria this year. The gals have nearly always supported female candidates, the only exception that this blogger can remember was in 2004. When the selected the opponent of Former State Senator Jamie Woodson. Woodson a State Representative ran for State Senate and the gals supported her opponent. He garnered around 25% of the vote. 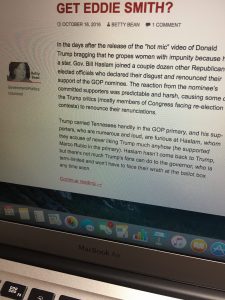 This week it is Sandra Clark of the Shopper News time to take shots at Smith. 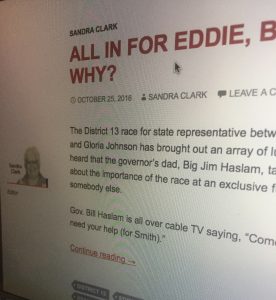 Ole Sandra left out that Brian Hornback, a Conservative blogger of 12 years is featured in a Smith tv political advertisement commercial, the same commercial that she mentions has Governor Bill Haslam as the voice over. 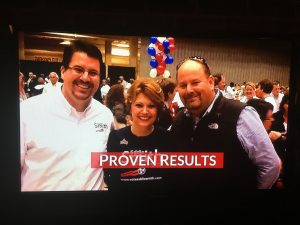 Republican State Rep. Eddie Smith, wife Lana and Conservative blogger Brian Hornback in 2014 when Smith was campaigning and before the voters elected him and rejected the Democrat incumbent. This photo is the next to the last photo in the TV commercial Sandra Clark wrote about.