Is What Happens in California intensely Cray, Cray?

Last night at the Center City Conservatives Republican Club the adult daughter of Ted Hatfield, Republican State Executive Committeeman attended our meeting. She lives in California and shared with us that on her flight to Knoxville. She began researching the election propositions on the November 8, 2016 ballot. 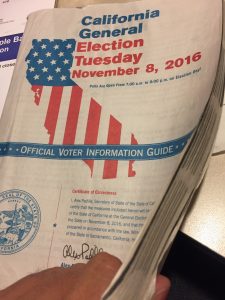 The book explaining the propositions is 223 pages. 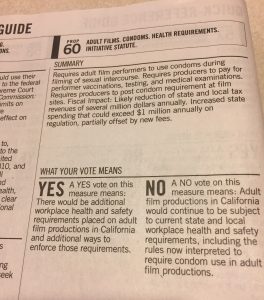 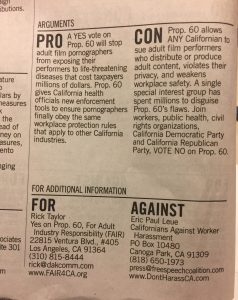 Then the sample ballot for the November 8, 2016 for the California election. 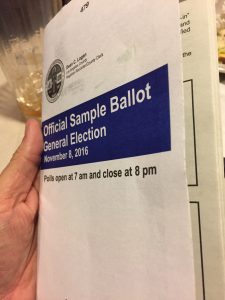 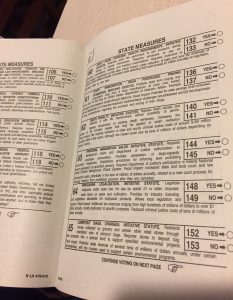 The inside of the California Sample Ballot.

What you vote means

YES, a YES vote on this measure means: There would be additional workplace health and safety requirements placed on adult film productions in California and additional ways to enforce those requirements.

NO, a NO vote on this measure means: Adult film productions in California would continue to be subject to current state and local workplace health and safety requirements, including the rules now interpreted to require condom use in adult film productions.