TN House District 14 is currently represented by Jason Zachary. Zachary is in his first full term as he was first elected in a Special election in August 2015 to serve a half term, filing the vacancy left by Rep. Ryan Haynes resignation. Zachary was then elected to a full term in November 2016 and his current term will not end until the next election in November 2018. 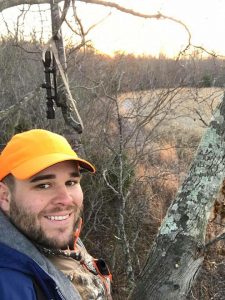 Shawn Hatmaker, currently a lobbyist for AFP-TN (Americans for Prosperity Tennessee) and a Field Director in Middle TN and Northeast TN for AFP-TN started getting  the attention of some prominent Conservatives when he posted a letter to his Republican Party on Facebook. 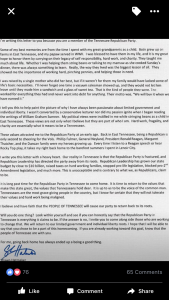 Sources indicate that Hatmaker is now being sought to be the next TN House Member for District 14. Why? Because he grew up in Admiral Nation, having attended Cedar Bluff Primary, Intermediate and Farragut Middle. So he is an Admiral and the calls to come home again are rising and ringing loud and clear.