What’s the ROI (Return on Investment)? Just a Tax Forever on Every Tennessean!

Back when a few Republicans joined with every Democrat (except Rep. John Mark Windle and Rep. GA Hardaway) to pass a gas tax increase on every Tennessean and those buying gas in Tennessee, Rep. Ron Travis from Rhea County boasted he was supporting the gas tax for some new employer coming to Rhea County. I assume this was it. 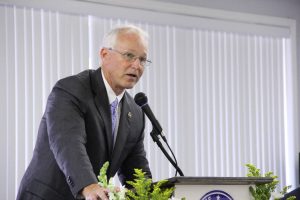 So everytime you fill up anywhere in TN, you helped 400 people get a job, a BIG ole handout.

Rumors abound that Travis wants to take his liberal taxing and spending ways to Washington, D.C. where he won’t be pestered by the little people bitching and complaining. Well don’t count those chickens before the eggs hatch. Congressman Scott Desjarlais has faced similar liberal Republicans with tons and tons of money and wins everytime.

Travis last only beat the Bible Lady June Griffin who didn’t have tons and tons of money.