The City of Knoxville Write-In Votes

There has been much a do about the tie in District Four City Council Primary on August 29, 2017.

If only one of the eight write-in candidates had voted for Amelia Parker or Harry Tindell then City Council could have not broken the tie as one would Not have existed. 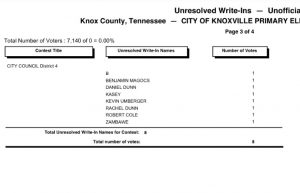 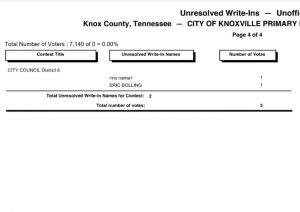 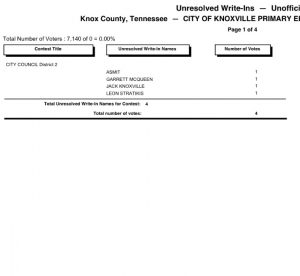 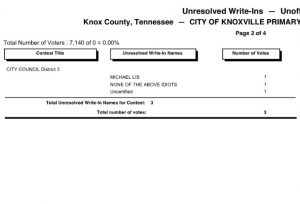 District One had NO write-ins, I guess one of the four candidates were acceptable to everyone voting in the district.