Vito for Congress on Funding His Campaign

While others are grabbing hype about how much money they collected, we stand proud to announce we have continued our campaign without compromise or selling ourselves.
Claiming to have the highest dollar does absolutely no good beyond gaining means to buy the vote, rather than earn it. I refuse to be part of that game, and have established my campaign on earning each vote, working with and for the people of our district and community, by knocking on doors myself, setting up and attending events myself, going to speaking engagements, meet and greets etc. We search for the lowest prices on signs and other campaign materials to be effective and less costly.
It is important we focus on the individual, the person who matters, not the dollar value, and what they offer us. I refuse to be bought, and if that is difficult for some to be able to do, forcing them to get “$100,000’s in Donations” to run their campaign that speaks a ton.
As I said from the start, I refuse to put money over people. One of my initial promises was I personally will assure integrity, honesty, and hard work both in my campaign, and also once elected. You cannot drain a swamp buy adding more snakes and water to the mix!
We have primarily self-funded our campaign. Not because we are wealthy, well off, or anything along those lines. We have done it because of three reasons;
-1 If I am unwilling to put my own name, funds, and everything on the line making a full sacrifice to actively run to represent you, than I have lost nothing. There would be no value to you as the people I would represent, other than being a puppet to be placed on the shelf in DC.
-2 There has to be a change in the mindset that dollars equal votes. Our elected has to understand they represent us all, not just those who pay to play.
-3 Lead by example! I refuse to be part of the problem, and feel actions speak louder than words. That is why it is me door knocking, every door, not just one or two for a photo opp. 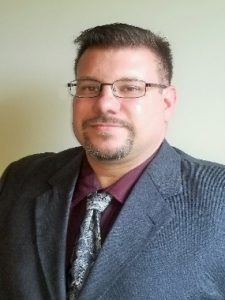