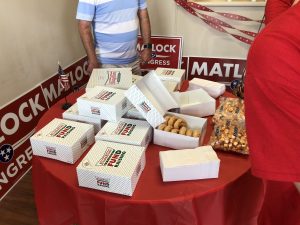 Krispy Kreme Doughnuts and hot Wampler’s Sausage and Biscuits were served. Along with hot coffee, cold orange juice and milk. 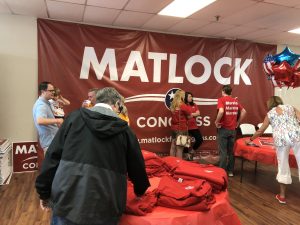 T-Shirts were available. As were bumper stickers, cards and anything you need. 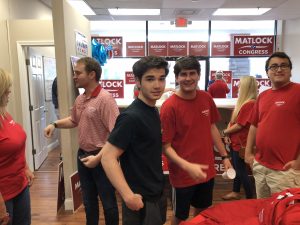 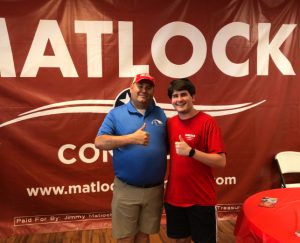 Drake Lyle, a dedicated Matlock staffer and I in front of the Matlock wall with the TRUMP thumbs up. 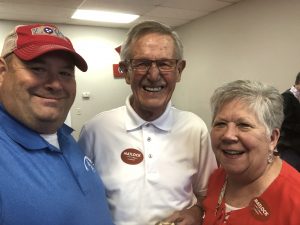 My longtime friends Bill and Judy Vaughan of the Powell community and I. Politics always allows me to reconnect with friends. 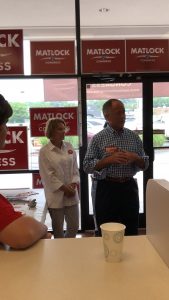 Matlock and his wife delivering a few remarks. Mostly thankful for the help and support and time to keep it up. 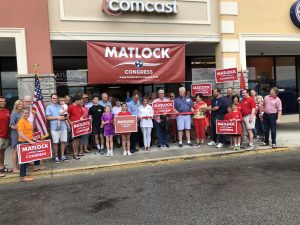 Time to cut the ribbon 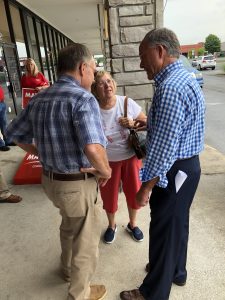 Matlock continuing to visit with everyone. 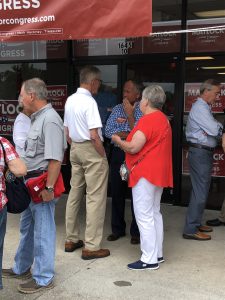 Matlock visiting with the Vaughan’s and Commissioner Bob Thomas of Knox County talking with a constituent after talking with Matlock.