The Knox County Commission met tonight to reorganize and the race for Chairman was between Hugh Nystrom and John Schoonmaker, Nystrom secured 6 votes to 4 votes for Schoonmaker to the sole Democrat Mrs. Evelyn Gill passing. Commissioners Dailey, Busler and Schoonmaker changed their votes to Nystrom. Leaving Nystrom with a 9-1-1 vote.

The race for Vice Chairman was between Michele Carringer and Carson Dailey, the first vote was tied 5-5-1 with Gill again passing. On the second vote Larsen Jay changed from Dailey to Carringer giving her a 6-4-1 victory. It was a good election for Knox County Commission, Knox County citizens. Had Gill voted on the first vote the first district and the sole Democrat could have made the decision for leadership for an entire year. It is time for REAL leadership to step up in the first district and represent the people.

On Friday August 17, 2018 on One on One with Hubert Smith at 6:30 pm on CTVKnox I predicted a Nystrom/Carringer leadership team, that show re-aired on Friday August 24, 2018. 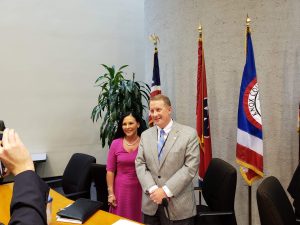 As for the Standing Committees.

Cable TV Committee will be Chaired by Charles Busler and Larsen Jay as Vice Chairman.

Finance Committee with be Chaired by John Schoonmaker and Larsen Jay as Vice Chairman.

Insolvency Board with Chairman Michele Carringer and Carson Dailey as Vice Chairman.

Retirement and Pension Board Jay, Anders, Nystrom and Schoonmaker 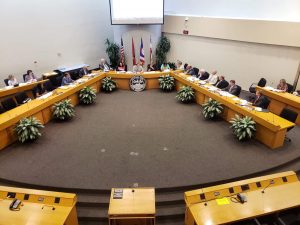 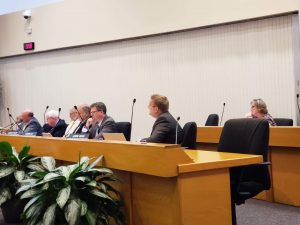 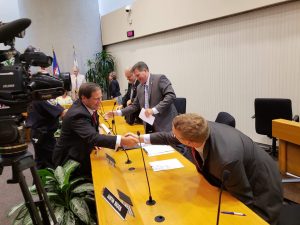