Horner was notorious for always helping to facilitate aka perform marriage ceremonies around the courthouse. Clerk Witt says that between 40-50 marriages are conducted every week in the old Courthouse so it seemed appropriate to dedicate the room on Valentines Day.

The room is decorated with art supplied by local artists. The three pieces in the room today are creations by Bruce McCamish and Rebecca Muth.

Immediately after the dedication, Commissioner Larsen Jay performed a marriage. 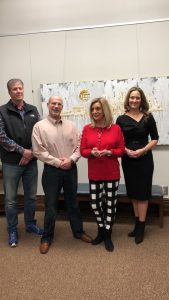 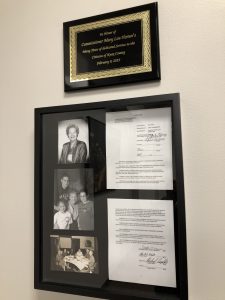 The dedication plaque, three photos of Commissioner Horner (one of the photos with Horner and her three grandchildren) and the County Commission Resolution honoring the Memory of Horner. 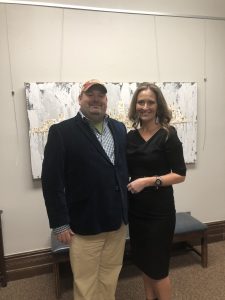 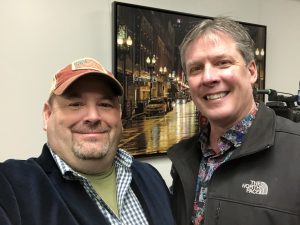 Bruce McCamish and I in front of his Knoxville photograph. 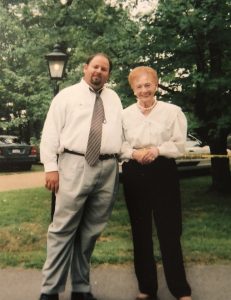 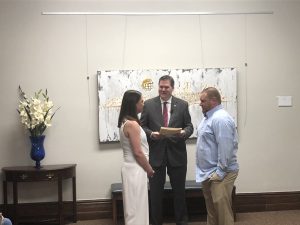