On July 10, 2018 we ventured up to Rocky Top (the one where Felice and Boudleaux Bryant wrote the song and meant it to be Gatlinburg, TN) on the TN Whiskey Trail, in Gatlinburg we stopped in Sugarlands Distilling Company . 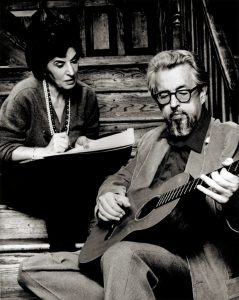 Felice and Boudleaux Bryant, songwriters of Rocky Top n 1967 at The Gatlinburg Inn.

Sugarlands has a lot of award winning moonshine, they have moonshine with many of the Moonshiners from the Discovery Channel television show The Moonshiners. They are making their whiskey mark with the award winning Roaming Man Whiskey as well. In addition, Sugarlands is the Official Moonshine of Nascar. 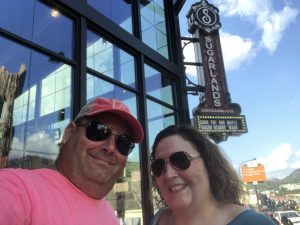