2011, there were 5 candidates for Knoxville Mayor. 3 that had been elected to public office before, two that had been County Commissioners, one that had been a City Councilman, a successful businessman and a newcomer.

Former County Commissioner Madeline Rogero  received 49.9% of the primary vote. Barely missing the outright win of 50% plus 1 in the primary.

2019 there are 6 candidates, two that have been elected before. One as a City Council at Large, one as a Knox County School Board Member, a businessman, a political activist and two new comers. 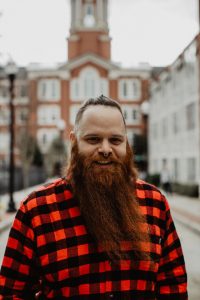 At this point, Burkhardt’s timing appears right. His generation is more engaged than ever to the state of politics and his social media game is spot on. He won a poll on recent online contest by OneNation.

Stair has campaigned and won his council seat city wide twice, 2011 and 2015. He was there and watched Rogero in 2011 almost pull off a win without a general election runoff.

Kincannon a Former School Board Member has worked with Rogero the past few years as a school liaison and assisting in staffing boards and commissions.

Mannis the businessman, had a brief encounter with Knoxville politics  as an assistant to Mayor Rogero after she took office in 2011, he ultimately returned to his business.

The two newcomers are Michael Andrews and Calvin Skinner. I am sure we will hear from them soon as well.