I believe it was naturally assumed that because TN Speaker Pro Tem Bill Dunn had not announced that he was a candidate for Speaker that he wasn’t. 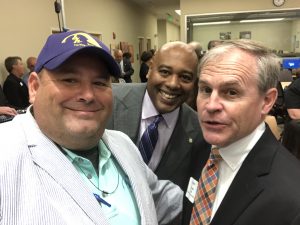 However, today at the Pellissippi State Community College Magnolia Campus an announcement by Discovery in connection with Governor Bill Lee and the state Workforce Development initiative brought several legislative members together. So, I asked Dunn and he said he is NOT a candidate for Speaker. 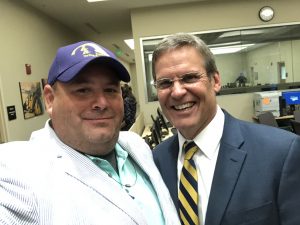 Myself and TN Governor Bill Lee

I then asked Governor Lee before he left if he had a favorite candidate.