Yesterday, Hubert Smith, candidate for Knoxville City Council at Large Seat C was on Newstalk 98.7 FM on the Hallerin Hilton Hill show and announced a new initiative to help with low morale in the Knoxville Police Department.

if elected, Smith announced “I will propose to take from the General Fund, $500K to give all sworn KPD officers 👮‍♀️ to be distributed equally, a one-time bonus to help with retention within the department.” 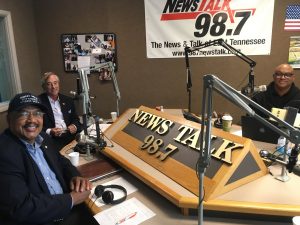