The office has just started issuing on behalf of the State of TN the new Real ID TN License. I asked Witt last Monday at the West Knox Republican Club did that mean the former Clerk had been issuing fake ids. Everyone laughed, only those humor impaired will not get the joke.

Apparently, Witt has been collecting the hotel/motel tax, something her predecessor did not initially.

Also in attendance tonight was Register of Deeds Nick McBride, Knox County Deputy Public Defender Eric Lutton, TN Interim Speaker of the House Bill Dunn and Scott Moore. Moore provided a couple of his “Make Halls Great Again” hats as door prizes. Pictured is the young lady that won one of them. 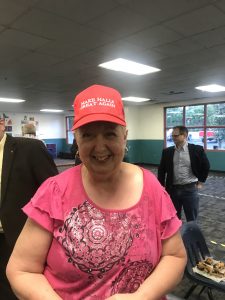 One of the many Scott Moore hats that he has given away and was a door prize tonight, “Make Halls Great Again” 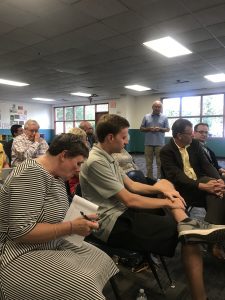 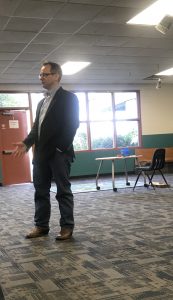 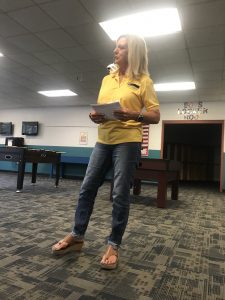