Tennessee Legislators Challenge from an Educator

My friend Diane DeLeon from Monroe County went to her Facebook page and issued a challenge to ALL Tennessee legislators. I asked if I could republish it here, she said I could.

I too think this is a phenomenal idea, all the legislators that do this, send me your reflections AFTER you do it and I will publish it. 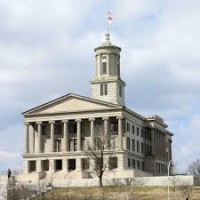 The Education System (as a whole) is facing overwhelming problems. In Tennessee, specifically, we have faced all sorts of debacles… from testing fiascos to Eraser Gate to instruction without textbooks due to budget cuts.

This morning I read an article concerning State Rep. Faison, who to his credit, is drumming for a raise for Tennessee Educators. My heart soared! Finally a cusp of hope!! Jeremy Faison is out of the Cocke County area. He is good people, as are the teachers there (I began my teaching career in Cocke County). Much like Monroe County, they are a rural system and struggle as many rural systems do. (By the way, I WAS that single mom raising two kids on a teacher’s salary…)

But then it REALLY hit me. UGH.

I believe that Representative Faison is sincere, as are other legislators, in that they DO wish to make things better for Tennessee Educators (and students overall). HOWEVER…… in all due respect, please don’t equate “hush money” as a resolution to our present educational difficulties.

I’m certain this comment will be taken as brash. It is NOT intended as a back-slap, rather a wake up call. Besides, we’ve heard it all before. If memory serves correctly, Governor Haslam used this as his buy in hook concerning the jump in State Standards some time ago. Money is offered as “the fix” over and over again… then the other foot ALWAYS falls.

As stated, I believe in the sincerity of the vast majority of our legislators… I also believe, as the vast majority of educators believe, that a TRUE and COMPLETE idea of the toxic work environment Tennessee Educators face is greatly lacking. This demonstrates itself in several ways, and until MORE THAN PAY is addressed, we will continue to be in the same leaking vessel.

Hence, this challenge… (and quite frankly, a PR dream…you’re welcome). Grab a big old dose of Volunteer Spirit, then STEP UP AND HEED THE TRUE CALL to this ongoing battle. Substitute teach for a MINIMUM of THREE DAYS.

Don’t go in escorted by admin or let the world know you are arriving. Do some hall duty, cafeteria duty or bathroom duty. Manage some classrooms and look, REALLY LOOK, not only at a more realistic view of the day of an educator, but also into the eyes of our future. That’s it. A minimum of three days in the classroom… off the cuff, at differing schools in your district. No notice, no photo ops, just REAL LIFE.

Why? Because YOU ARE capable individuals and have, at this juncture, a TRUE opportunity to brighten Tennessee’s future. Educators are BEYOND tired of the redundancy and the illogical, unhelpful procedures which are mandated. We are beaten and burned beyond recognition. Teachers have NEVER taken on this career for the pay. And while pay is certainly helpful (and MUCH needed), it is about SO MUCH MORE than that. It IS about Tennessee’s future… and Educators aside, it’s looking pretty bleak.

Good news is… The “new” legislative session always begins mid-January, so you have plenty of time to line things up and get started on the right foot with this particular issue!

We are under a fledgling Governor Bill Lee, who has (like Representative Faison), admirably addressed that there are some acute needs in Tennessee’s Education System. The Governor, State Legislature and State Senate are in a very unique position to place Tennessee ON THE MAP by rolling up their sleeves and working on the future of our Great State.

Don’t allow this urgent and ever more fragmented situation to reach the point that it has in other states. COME INTO THE TRENCHES…. WITH US. UNDERSTAND through REAL experience what teachers face on a DAILY basis… because until REAL understanding is reached through (AVAILABLE) hands-on experience…. it’s still, unfortunately, a continued numbers game and legislative fluff.