Knox News and The Tennessean Missed an Interesting Fact Today

There was an article in the Tennessean and Knox News Sentinel today about a pain clinic in South Knox County that was allegedly   heavily prescribing opioids. The FBI raided the office and the trials are working through the judicial system.

In the article, it mentioned a couple of defense Attorneys and one of them is Wes Stone. What the newspaper missed in the report is that Wes Stone is also a Republican candidate for Knox County Criminal Court Judge, as Early Voting continues through February 25 with the Republican Primary on March 3.

Also, on WBIR’s Inside TN that aired on Sunday, was probably recorded Thursday night, February 13 the issue of the opioid epidemic came up as a topic and Knox County Criminal Court Judge Kyle Hixson and Stone addressed how to use the courts to address it. Kinda odd that he is a defense Attorney for one of the entities.

Stone is being promoted on this website along with Hixson. I text messaged Stone about the article this afternoon. I am not sure with it being a pending legal matter if he can or can not comment, but if he does, you will be the first to know. 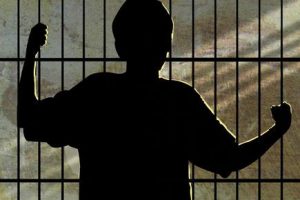