It was a Late Night, But Tommy Smith is Knoxville City Councilman District One

It was not decided until about 11:15 pm, but Knoxville City Council selected Tommy Smith as City Councilman First District. Only three of the applicants got any votes and it was Smith, David Hayes and Janice Tocher. Smith led every ballot until the last ballot when he was the only candidate and he received 7 votes with Amelia Parker abstaining.

Knoxville Municipal Judge John Rosson, Jr. was present and administered the oath of office to Councilman Smith at about 11:20 pm February 20, 2020. 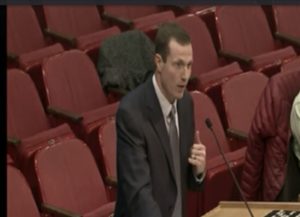 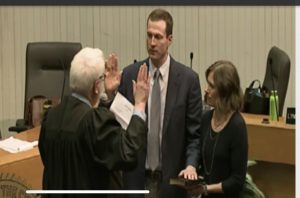