Last evening the last event of a busy day for me was the School Board Campaign Kickoff for Betsy Kampas Henderson. The event was from 7:30 – 9 pm, I did not get there until nearly 8:30. 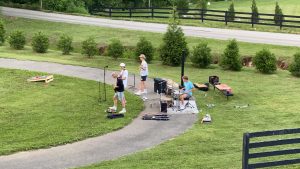 Hardin Valley based Solstice was the entertainment

It was held in the recreational field of the Covered Bridge community in Hardin Valley. As I drove down the road, there were cars EVERYWHERE. 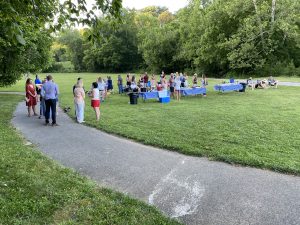 Henderson had quite possibly the largest crowd I have ever seen for a School Board campaign kickoff, which I will include as mine from 2000 & 2004. 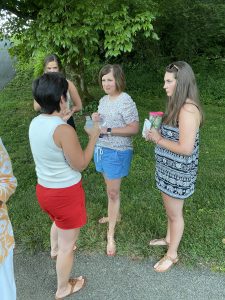 On the November 2, 2020 ballot it is expected that the position of Sixth District School Board will be there. Terry Hill, will likely be elected County Commissioner for the Sixth District on August 6, 2020 as she has no opponent. 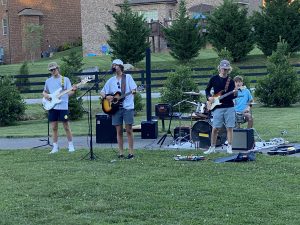 When Hill takes office on September 1, 2020 she will resign the school board and there will be a vacancy. So, on November 2 the election will be to decide who will serve the remaining two years of Hill’s term.

a brief snip it of Solstice, a great group of young me .