Roving Patriot PAC has a mailer going out to Republican voters in TN State House District 18.

The picture of Eddie Mannis (the opponent of Republican Gina Oster) with Governor Bill Lee’s November 2018 opponent, who Mannis gave $1,500 to. Also a picture of Mannis behind the Madeline Rogero Mayor Elect podium, who Mannis served as Treasurer for and was Deputy Mayor during a brief stint when Rogero first became Mayor. 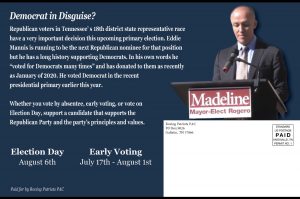 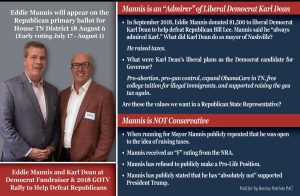