Clowns to Left, Jokers to the Right…. It’s all in the Mannis Camp

The latest mailer that Gina Oster‘s opponent has put out is da** hilarious. First let us define a TN State House District 18 Conservative, the last three State Representative’s Stacey Campfield, Steve Hall and Martin Daniel. All three of them are very different, BUT they ain’t nothing like the alleged Conservative that is opposing Oster. As I understand it, Hall and Daniel are both supporters of Oster. Campfield is in TN State House District 89 now, I believe. 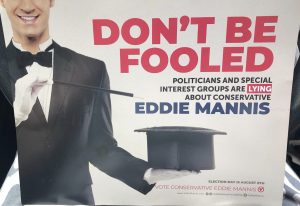 Now the Politicians and Special Interest that are supporting Oster’s opponent are Former Knoxville Mayor Victor Ashe who that by a court of law violated the civil rights of several Knoxville Firefighters. Former TN Governor Bill Haslam that proposed and ultimately was successful in a very significant gas tax. TN State Senator Richard Briggs who moved from TN State Senate District 6 to District 7 before running for and being elected to that district as State Senator.