Is Rand Paul Supporting a Romney Backer in Wyoming?

On Saturday during the press avail, Rand Paul of Kentucky said he has endorsed Dr. Manny Sethi and a candidate in Wyoming. I should have asked him to identify the one in Wyoming. But after a brief internet search, I discovered here that it is Cynthia Lummis. 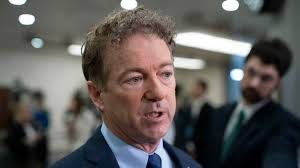 According to this ballotpedia, Lummis in 2012 endorsed Mitt Romney for President and in 2016 endorsed Rand Paul. 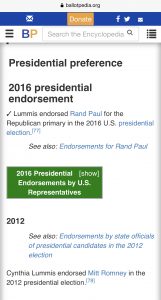