Yesterday morning, I went on Facebook Live at the Knox Rugby Park, it is a park that Knox County in 2007 contracted with Smoky Mountain Athletic Club to create a Knox Rugby Park.

In the 13 years and 3 mayors, hundreds of thousands of elementary, middle and high school student athletes and their families have been there. Additionally, it is one of three facilities that the University of Tennessee Rugby team utilizes.

Knox County Parks and Rec. with the Knox County Mayors office presented the reason for the need to exercise the Termination for Convenience clause at Monday’s Knox County Commission Workshop session. Smoky Mountain Athletic Club was unaware of this termination vote until MY video was sent to them.

It was said and I reported that Smoky Mountain Athletic Club sublets the facility which is a violation of the current contract. However, it was Knox County Parks and Rec that asked SMAC to allow the adult flag football league to use the fields on Sunday, it’s NOT a lease it is a USE agreement which pays for the paint to line the fields.

A good question is why today 8/19/2020 did Troy Fleming with KCPR call the flag football folks asking for a lease agreement? But I digress.

In 13 years, there have only been two codes to unlock the gate and the code has been given to KCPR .

On this Termination for Convenience it says SMAC will be given a 90 day notice before termination. No notice has been given to SMAC prior to my video yesterday. IF Knox County Commission votes this Monday to terminate, it isn’t a termination in my humble opinion it is an EVICTION.

SMAC have spent around $500,000 in creating the fields, parking everything that is Knox Rugby Park. The club used a civil engineer from Anderson County and Blalock and Son construction. This is not a joe smo backyard operation. SMAC is a volunteer organization, including care and operation of the park.

Every year, for a number of years the Park has hosted at least 1 of 2 SEC (South Eastern Conference) Rugby tournaments that put heads in beds, meals in stomachs and provides economic boom to Knox County.

Currently there are 50-60 elementary school 30 middle school and 100 high school student athletes and their families that use the facility. Multiply that by 13 years and that is thousands of constituents that benefitted from this creation of an amenity that Knox County has.

Apparently, Knox County wants $5,000 per year for the remaining 7 years. Why the need for the revenue, well as I look at the KCPR Administration budget, in FY 2004 & FY 2010 under Mayor Ragsdale it was right at a million,  In FU 2011 & 2018 under Mayor Burchett it was a little more than million.

The last meeting on June 19, KCPR and SMAC met and Troy Fleming with KCPR presented an agreement and asked for a signature. SMAC said they are happy with the current agreement. They were told if they didn’t sign it, they could not take the lease with them. When SMAC said they were happy with the current lease, Fleming took the lease away from them. As a tax payer, that does not make me happy at all.

I want to apologize to SMAC for causing them to have a heart attack yesterday.

If you or anyone you know has been impacted by SMAC over the years or you think that Knox County Commissioners need to slow this train until transparency can be achieved then, contact the Commissioners before Sunday as their meeting is Monday at 5 pm.

Contact info is below, FYI, This is Commissioners Gill, Carringer, Nystrom and Anders last meeting. 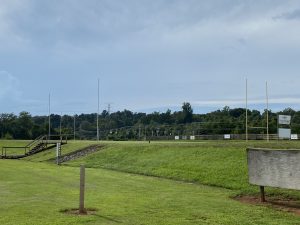 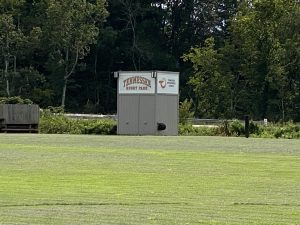 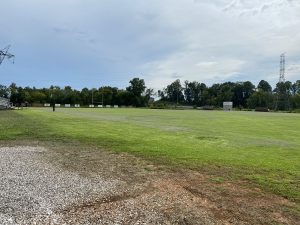