Last night the Center City Conservatives Republican Club met for the September meeting, the members were socially distanced and had a good meeting. 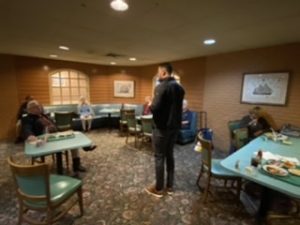 Legend Brumbaugh speaking to the group 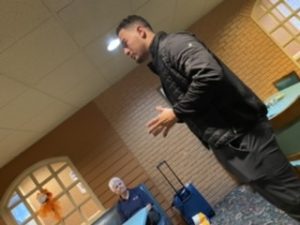 Legend Brumbaugh with the Bill Hagerty for United States Senate gave us an update on the campaign and about some future campaign events. 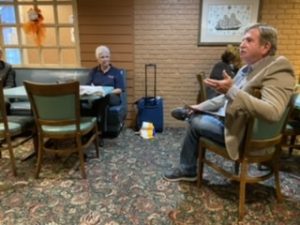 John Marshall of the Committee to Save Our Right to Vote

John Marshall with the Committee to Save Our Right To Vote spoke about the VOTE NO on Amendment 1. It is the Knox County Charter Amendment that would remove the position of Knox County Law Director from being elected to being appointed by the Knox County Mayor. The committee plans yard signs and a campaign. They have a Facebook page, located here. 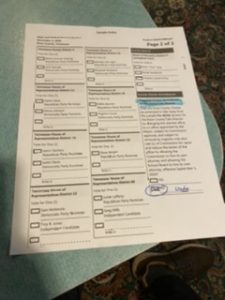 Amendment 1 on the Sample Ballot 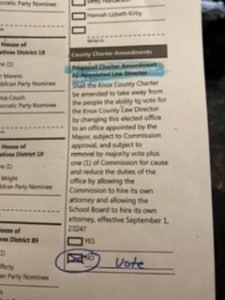 The verbiage of Amendment 1

I forgot to mention to Marshall, they should consider #TheMegaBullhornofTruth for some of their voter outreach. Former Charter Review Committee Secretary Lisa Starbucks is the Treasurer for the group. 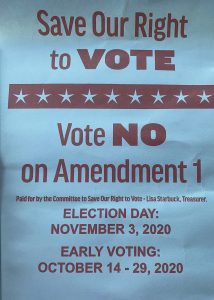 Part of a flyer that Marshall handed out