Three Days in and City Council Races Shaping Up

Monday was the first day to get a qualifying petition on 5 (five) district Knoxville City Council seats. Several petitions have been given out. 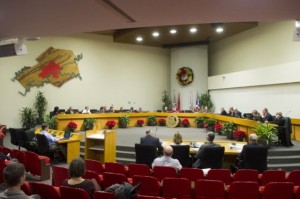 District One • Tommy Smith, the current Councilman has a petition.

District Two • Father and Son, Edward Cook and Jeremy Cook along with the current Councilman Andrew Roberto all have petitions.