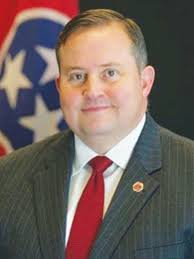 “Ryan is a dedicated public servant with an extensive background in criminal prosecution,” said Gov. Lee. “I am proud to announce his appointment and confident he will serve Tennessee with integrity.”

Spitzer formerly served as an assistant district attorney general for the 7th Judicial District. A graduate of Vanderbilt University School of Law and Lambuth University, Spitzer resides in Oak Ridge with his wife Tracy and their two sons. Outside of the courtroom, Spitzer serves as an adjunct professor in the Paralegal Studies program at Pellissippi State Community College.

That concludes  the presser from the Governor’s Office.

Now, Spitzer was a Democrat as recent as August 7, 2014 when he challenged Republican General Sessions Judge Don Layton. Spitzer got a whopping 36.4% of the vote, here.