Mike Hammond, our Knox County Clerk of Courts is running for election to another term (four years). During his previous terms of office he has professionalized the office in its staff, in the services to the public, they office provides. The office has made payroll for his staff and has returned $5 million dollars to the Knox County General Fund, all through the efficient operations of the office. The translation is that those $5 million in excess dollars are used so that property taxes do not and will not be raised.

With the help of the Drivers License Specialist Program more than 1,000 drivers licenses have been reinstated. More than $4.5 Million has been collected and distributed to the victims of crime.  Implementation of technology equipment and policies have assisted in creating efficiencies in the office.

The Goals for the next four years are Implement E-Filing System, a New Software System and a Mental Health Court. You can read more about those goals, here.

Mike will be on the Republican Primary Ballot on May 3, 2022 Early Voting April 13-28 and on the Knox County General Election Ballot August 4, Early Voting July 15-30. 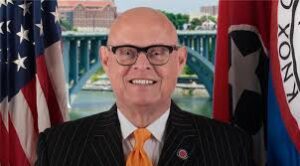 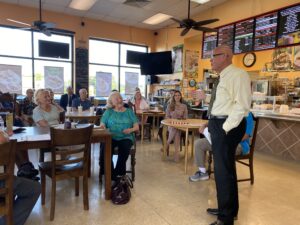