Mollenhour Confirmed to State of TN Board of Education

Democrat Rep. Bo Mitchell should be ashamed of himself, BUT partisan politics is what he did on the House Floor trying to muddy up my friend Jordan Mollenhour. My friend Republican Leader Rep. William Lamberth did a better job than I would have done. As for the Knoxville Rep. Gloria Johnson (spouses should be off limits, no one criticizes hers) When a Republican in TN House District 90 that will challenge her, call me.

Mollenhour is far more educated, ready to serve than anyone TN Governor Bill Lee could appoint. I have known Jordan for some time, we have had coffee and conversations many times and I hope we continue to do so. I know his experience in bad times and good times. I haven’t, do not post about him as I don’t want to draw my haters against him. I protect valued friendships.

Recently, I was outraged at another online news source (not Compass, not mine) that tried to throw dirt on Jordan over a rumor about the Midway Business Park in East Knox County. I bit my tongue and tamed my fingers and she retracted when she found out the truth.

No one works harder, longer or has more integrity than Jordan Mollenhour. 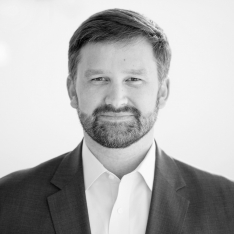