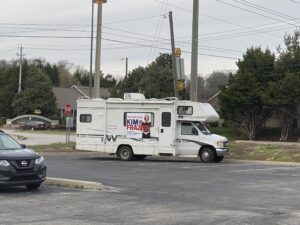 the Kim Kamper was outside the Boys and Girls Club while Frazier was at the Halls Republican Club. Frazier volunteer the Montgomery’s have traveled all over Knox County and have no plans to stop until Frazier is the Republican nominee for Knox County Commissioner at Large Seat 11. 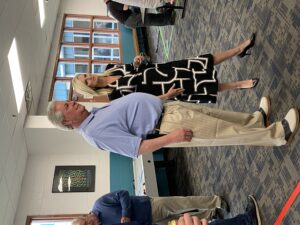 Jones and Frazier before the meeting began

This evening the Halls Republican Club Met and heard from Nick Pavlis representing Knox County Commissioner at Large Justin Biggs who is running for Knox County Trustee in the May 3rd Republican Primary. 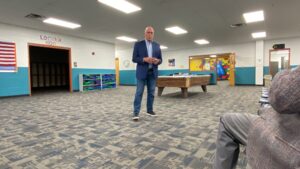 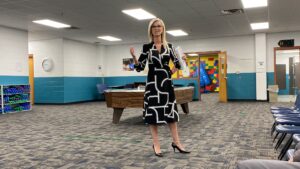 Knox County Sheriff Jimmy JJ Jones, Jones talk is here there were no gray shirts and no hollering, angry outbursts at Halls like at Farragut. 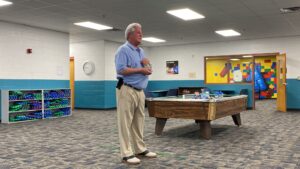 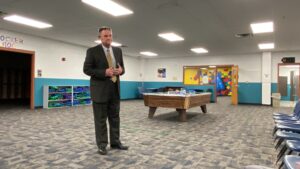 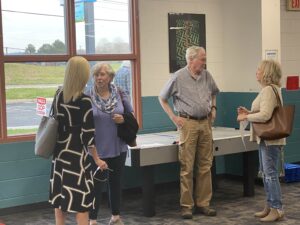 Frazier talking with the Montgomery’s of Kim’s Kamper