UPDATE: In the Comments Fore Left has given the credit to the Commercial Appeal for being the first to report the connection of Ford, Senior and the Judge.

UPDATE: Fore Left is reporting here that The Honorable Judge Donald was appointed upon reccomendation of U.S. Congressman Harold Ford, Sr. Junior’s daddy and brother to Ophelia Ford. I could not obtain this information from the bio that I located. Fore Left is and was able to go deeper than I am.

Here is a bio that I obtained on the Honorable Judge Donald.

The Honorable Bernice Donald was nominated to the U.S. District Court on December 7, 1995 by President William Clinton, confirmed by the United States Senate on December 22, 1995 and took the bench on December 26, 1995. Prior to her appointment to the bench, Judge Donald served as a US Bankruptcy Judge, also on the US District Court for the Western District of Tennessee, from 1988-1995. She served as a Judge of the General Sessions Criminal Court of the State of Tennessee form 1982-1988, and as an Assistant Public Defender in the Shelby County Public Defender’s office in Memphis, Tennessee, from 1980-1982. 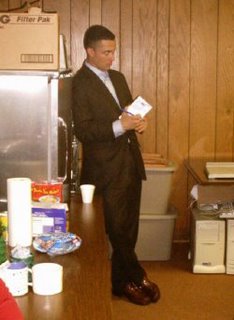