Today I was contacted and told that I should look at some comments on a story on the KnoxNews website. The reason they gave for me to check it out is that my name and this blog was mentioned. So, I looked and here are the comments. 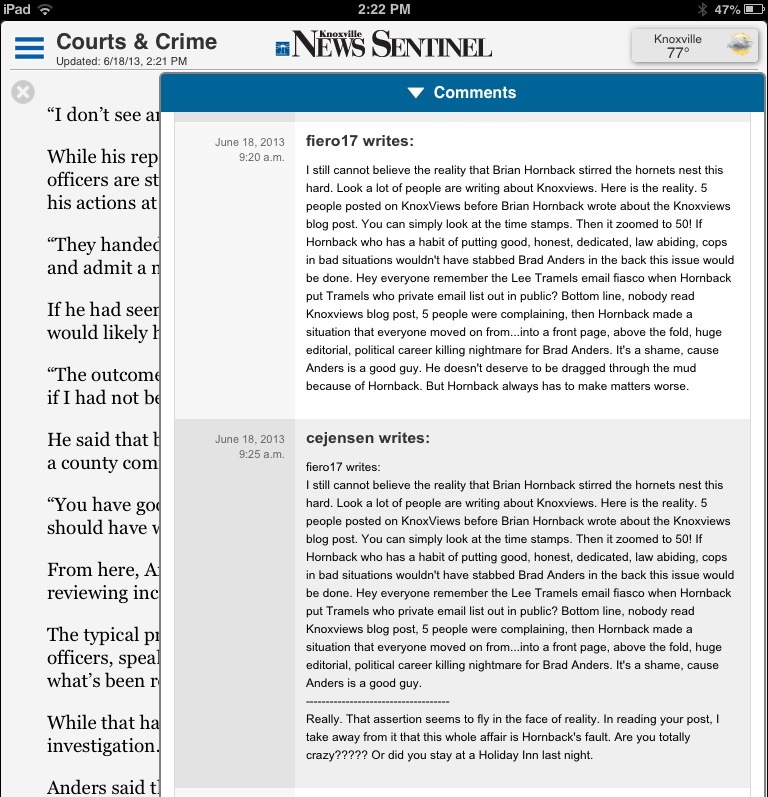 I will assure 7thson2010 that Brian Paone and I are not one in the same. While Paone did have a stint as a citizen journalist. He has not been an elected official or a County Party Chairman. I have been elected to a four year term as a School Board Member, representing the populace, affluent area of Southwest Knox County. In addition, I have served as Knox County Republican Party Chairman. Comparing Paone and myself as one in the same is akin to comparing print news Publishers Patrick Birmingham, Sandra Clark and Steve Hunley as one in the same. Wile there may be similarities in one, two or three in separate incidents. They are entirely different in other ways. So as Cas Walker said, “it don’t matter what they say as long as they get your name right.”

Advertisers take notice! You need to move product, get foot traffic in the door and / or get the word out, this is your forum.