I have been meaning to post this for a while. Knoxville Mayoral Candidate Ivan Harmon subjected himself to an interview with Knoxville’s Skirt Magazine. In doing the interview, he also subjected himself to being photographed in a skirt. While his friends have used this to poke fun at him, he should be given credit for doing whatever it takes to get his message out. After all, He is a Man of the People, For the People. Here is the picture that was in the June 2011 Skirt Magazine. You are a good sport, Ivan! 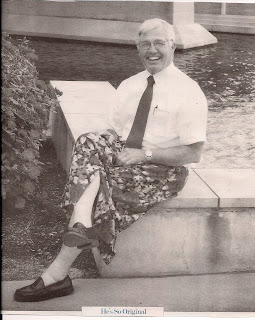