The crowd was mixed with Republicans and Democrats. It was a fun group that were rallying for and with Sheriff Jones. 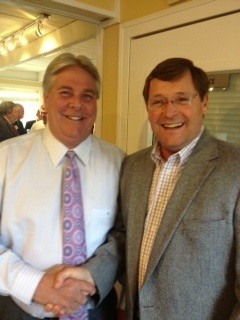 When Sheriff Jones is re-elected in 2014 and completes the four year term. He will have served 10 years and will be the second longest serving Sheriff in Knox County. The only other Sheriff to serve a longer period of time is Former Sheriff Tim Hutchison. Hutchison was elected countywide 5 times and served 17 years. 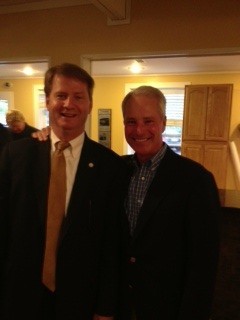 Of course, Current Mayor Tim Burchett and Former Mayor Mike Ragsdale were in attendance to support Sheriff Jones as well. 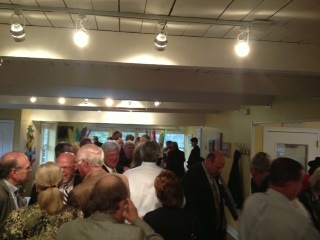 The view of one end of the room. The building and the deck were full of attendees.