Republican Michael Covington launched his campaign for the First District County Commission seat. The Republican Primary is March 1, 2016. The current First District County Commissioner is Democrat Sam McKenzie. McKenzie has announced that he is not seeking re-election. There are currently three Democrats mentioned to be candidates in the Democrat 2016 Primary, Rick Staples, Evelyn Gill and Tony Brown. The winner of each respective party will face each other in a County General election will be August 4, 2016. Six of the Nine Republican County Commissioners were in attendance. 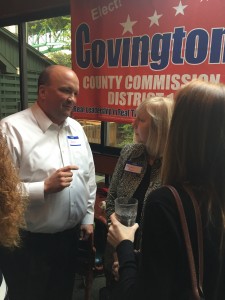 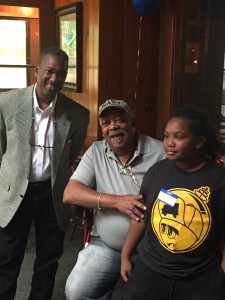 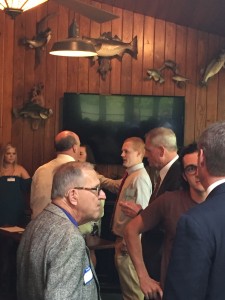 Several of the attendees visiting with each other. 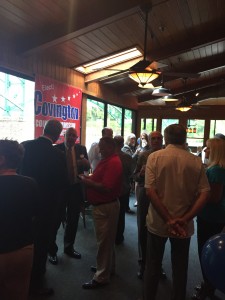 Individuals milling about during the meet and greet.