Who Is Stirring the Waters of Dis Content on Rural Metro? A Competitor? A paid Consultant? or No One?

Rural Metro has come under fire from Knox County Mayor Tim Burchett‘s Purchasing Department. You can read Knox County’s Press Release, here. Rural Metro says not so quick, you can read their response, here.What muddies the water is a local consulting company that once enjoyed the employ of Rural Metro. Which now works for one of Rural Metro’s local competitors. The same competitor that has several former Rural Metro’s officials running the show.
In yesterday’s News Sentinel (Saturday July 11, 2015) was a Gerald Witt story (that hasn’t made it online yet) where Rural Metro intimate that they suspect their competitors consultant may be spreading the discontent.

In the article Witt writes,

According to Cynthia Moxley, CEO of Moxely Carmichael neither she nor members of her staff have had a hand in spreading negative information about Rural Metro.

Moxley went on to call it a red herring. I suspect Moxley is referring to the second definition of red herring. The first definition 1. a dried smoked herring, which is turned red by the smoke, the 2. something, especially a clue, that is or is intended to be misleading or distracting. Well, is it? 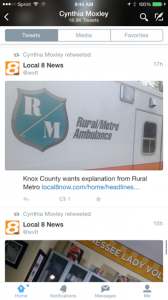 A RT by a Rural Metro competitor consultant  of WVLT’s tweet of their story. 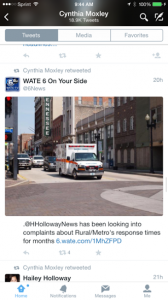 A RT by a Rural Metro competitors consultant, of a WATE story. 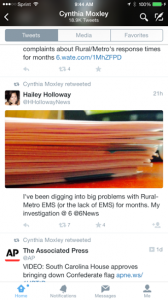 A RT by Rural Metro competitors consultant, of a WATE reporter.

I would be remiss in not mentioning the February 19, 2015 story in which an email from Knoxville Police Chief David Rausch to Knoxville Mayor Madeline Rogero. Mentioning the attempts made by Mrs. Moxley to communicate some discontent. That email is posted below. 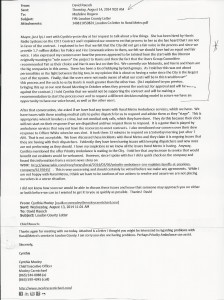 Is it right for a consultant to push negative stories in order to muddy their clients competitor that has the county contract? Is it better just to do the best job possible and earn the business when the contract is available again? A positive rising tide lifts all boats.

If Mrs. Moxley would like to communicate with me, as she has always and is always welcome to do so, I am but a phone call away.