The vacation and sick leave balances of all employees of the Knox County Property Assessor’s Office have been reviewed. Today, we will discuss only the vacation leave, I reserve the right to discuss sick leave after further review.

Chief Deputy Jim Weaver and the March 1, 2016 loser to Republican Property Assessor nominee John R Whitehead has the most vacation leave. Weaver was employed nearly a year into Property Assessor Phil Ballard’s term. So, seven years of work and he has a balance of 936.75 hours, that is 23.4 weeks. Based on the published salary of Weaver here on BrianHornback.Com back in November 2014 it is an approximate monetary value of $41,495,48

As for the employee start date and longevity of the next 8 employees, I am unaware.

If these were private sector jobs and vacation leave were being thrown around, okay no big deal. However, this is the Knox County tax payer dollars.

Had Weaver been successful, would he have cashed in his vacation leave and begun his service as Property Assessor? When I received the vacation and sick leave of the entire office, I see where Ballard does not earn vacation or sick leave. As an elected official, that seems to make sense. However, I have not checked to see if that is the practice or rule of all elected officials.

As for what appears to be a gross amount of vacation leave for Weaver, a source in Knox County attempting to explain it said, “Elected Officials have the discretion on whether to use the County’s leave policies or their own.  Currently, we have elected officials doing both.  I think this is something Phil Ballard can answer, but it appears to me they use a combination of both.  I do believe some employees in the office were offered more annual days as part of their compensation package.  Once again, this is the discretion of the elected official.”

As an employee of the Assessors Office, I suspect some employees are reading this and may be confronting Ballard about why their counterpart gets vacation at his discretion but they must earn based on the county’s policy. 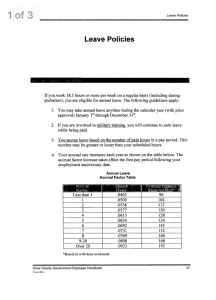 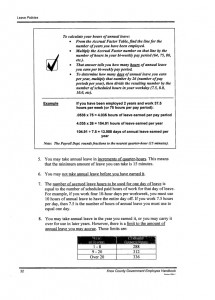 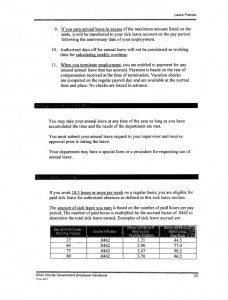 Cue the Ballard/Weaver defense, “he doesn’t like me.” I ask questions where main stream media refuse to look. I am asking questions that may expose gross use of our Knox County tax dollars. If the elected officials think it is because I don’t like them. So be it.