The Tale of Two Mayors Ragsdale and Burchett

In 2002, Mike Ragsdale was elected Knox County Executive and the title was changed to County Mayor. The first four years were good, the second four years were marked with controversy and conflict especially with some members of the County Commissioners. Mike Ragsdale drove a Knox County owned vehicle and in 2010, the county auctioned it off and got a good portion of the cost back.

In 2010, Tim Burchett was elected and the first four years were relatively good, the second four years were marked with controversies and conflict with the Knox County School Superintendent and School Board and some of the business community. He did not have a county owned vehicle, but filed reimbursement for miles driven and for about 7.5 years pocketed nearly $34,000.00, was it taxed? Unconfirmed sources indicate the Explorer that he bought at a local dealership was bought with two personal checks for a little more than $10,000. Does that mean that $24,000 simply went into his personal funds? Because a review of his campaign finance disclosures show that he purchased gasoline with campaign funds? It is questions that maybe if the TN Comptroller digs into from Ken Gross complaint that we the tax payers will discover. 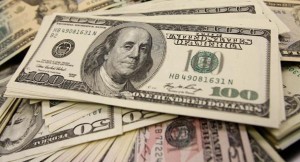