The Merit System Council for the Knox County Sheriffs Office Employees met this morning to set a continuation for a Grievance Hearing on Martha Dooley’s employment complaint .

It seems Knox Sheriff Tom Spangler has not served the subpoenas for those persons and files that were to be served. I have been told that Knox County Chancery Court has ordered the Sheriff to serve the subpoenas.

Gary Prince, the legal counsel that Knox County has hired for the Sheriffs Department asked for a dismissal based on an opinion issued by Knox County Law Director David Buuck. When that went no where, Prince started ranting and raving about wearing hats. I was the only one in the Main Assembly Room wearing a hat and I was not/ am not taking it off.

I have the 13 minute hearing recorded, but other than that it ain’t worthy of a YouTube. (I am pretty sure it wasn’t my hat, he was infatuated with) 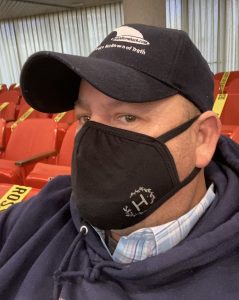 The hearing is set for May 4-5, 2021. Prince made a comment about drinking a fifth on the fourth and not being able to come forth on the fifth as he checked his calendar. The Council set it the hearing for May 4-5. 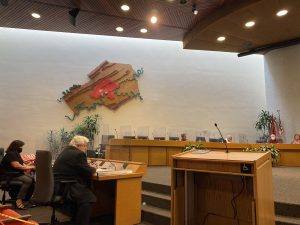 Prince with a Court Reporter to his left before Merit Council 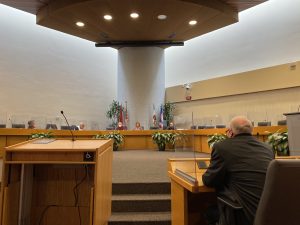