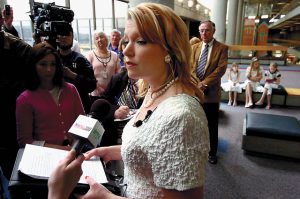 BrianHornback.Com is the only media to bring this appointment to the light of day, however, I am sure the daily paper will jump on it as there own in about 5 days. In this story it was reported that Salter admitted to having a voodoo doll of DeFreese hanging from a noose in his Knox County office.

In the depositions of Salter from several years ago. He was questioned about the fecal matter on the mulch that was sold to the public, Salter said that Dwight Van de Vate knew about it.

Additionally, in the matter of the p-card (purchasing card) misuse of a previous Mayoral administration, Van de Vate had to return $777.00 (link to the daily paper story) to the County for questioned charges on his county issued p-card. Van de Vate is now on the Sixth Floor of the City County Building working with Mayor Jacobs with some matters previously assigned to the Chief of Staff. 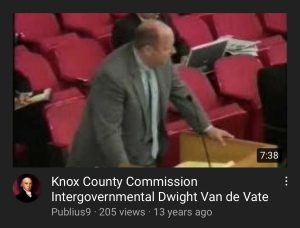