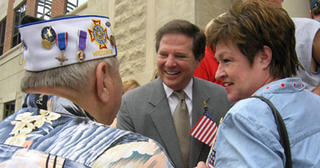 Here is the Timeline of Ronnie Earle’s Three-Year “Investigation”

2002 – Democrats in the state legislature defeat redistricting map to hold on to key Democrat incumbents.

Texans for a Republican Majority (TRMPAC) is founded. Delay serves on advisory board along with four other Texas elected officials.

In the November elections, Republicans win a majority in the state legislature.

2003 – The Republican legislature takes on their constitutionally mandated duty to reapportion the districts for the U.S. House of Representatives with the new U.S. Census numbers.

2004 – Republicans take control of the Texas delegation in the U.S. House of Representatives for the first time in history.

Ronnie Earle keynotes a Democrat fundraiser to take back the state legislature and personally attacks Delay in his prepared speech.

Earle admits in an Austin American-Statesman article that he does not have jurisdiction on the case and that Delay is not a target of the investigation.

Austin American-Statesman prints an editorial slamming Earle for wrapping up the investigation without “indicating” individuals.

Earle caves under the pressure, invents new evidence to get around jurisdictional disputes and produces a frivolous indictment of Tom Delay tahtb will not hold up in court — thereby forcing Delay to temporarily step down for his Leadership position.

This Timeline along with other facts of the case can be found at Tom Delay’s website.