It was a rainy Saturday morning but that did not keep 75-80 East Tennesseans from meeting at a business named Music Row on East Lamar Alexander Parkway in Maryville, TN for the East TN Beat Lamar town hall forum. There have been several Beat Lamar forums across the state to vet a candidate to take on the states Senior Senator Lamar Alexander. 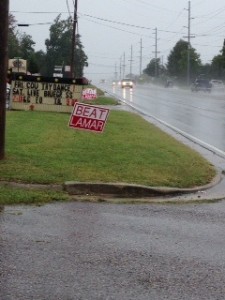 A rainy Saturday morning along East Lamar Alexander Parkway where the Beat Lamar was held.

Beat Lamar is a project of the Real Conservatives National Committee. Co founder Michael Patrick Leahy was present and began the proceedings. The event was co sponsored by the Blount Co Tea Party (formerly known as Smokey Mountain Patriots) and the Roane Co Tea Party. Mary Cook of the Blount Co along with Gary Johnston and Ron Hartwell of Roane County Tea party helped begin the forum. 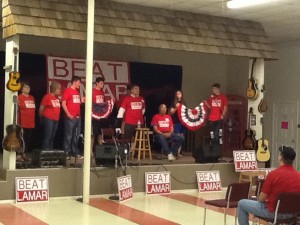 Members of the Blount Co TEA party, Roane County TEA party and other organizers stand with Michael Patrick Leahy of the Beat Lamar project as the forum begins 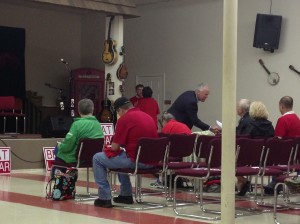 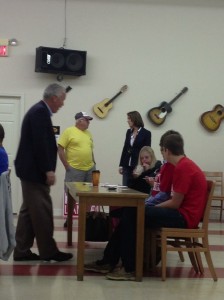 Before the forum, one of the main topics attendees discussed with Rep. Carr is the Affordable Care Act aka Obamacare 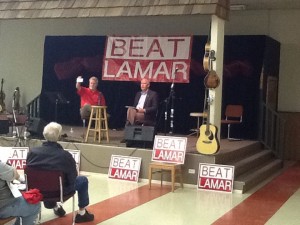 A lot of questions of birthright citizenship, ObamaCare, recent Senate Appointments were asked while I was in attendance. A well informed audience was present.

Contrary to what young Collin Thompson has posted on twitter, I am not for and or committed to any candidate for US Senate at this time. I have to remember, I have been active in Republican politics since 1982, long before young Collin was even close to being a human. 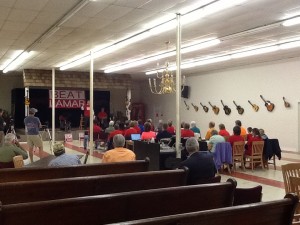