No Show Broyles Continues, Time to Consider Cutting Her Pay

When Country Music legend George Jones earned the title of No Show Jones, it was because of the disease of alcoholism. When he no showed the ticket buyers had their tickets refunded and Jones didn’t get paid.

WBIR recently had a story about the attendance records of the County Commissioners. Broyles it was reported is about a fifty percent attendee. Meaning, she attends around fifty percent of the meetings.

Last week, when it was time to appoint a non voting position to the ethics committee both she and Commissioner Brown offered to perform the duties. When the Commission picked Brown. Broyles remarked it doesn’t matter I’m going to attend them anyway.

This afternoon was the first meeting, Brown was present but no show Broyles was not. An unnamed source said the committee met for about 45 minutes and the committee really didn’t accomplish anything. Broyles never showed.

So, even when she commits, she no shows. It is time for the county to start deducting the commissioners salaries and benefits when the exceed missing 20% or more of their assigned committee positions. 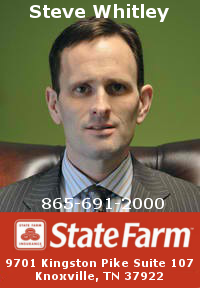