The Perils of Early Voting. I Voted and NOW I Want MY Vote Back

Community Activist and Hotel Management Entrepreneur Walt Wojnar is no fan of Early Voting. Today, his point became true. He said, what if during the past several days of early voting, you cast a vote for Sheriff Candidate Bobby Waggoner. You are sensitive to racial equality issues and the WBIR story comes out last night that was mentioned here on BrianHornback.Com, you can not get your vote back.

Then this afternoon, I thought of another example. What if you had voted for Billy Stokes for Circuit Court judge and he has been a vocal supporter of Knoxville Mayor Madeline Rogero, today she proposes a .34 property tax increase. It is gonna to be a hardship on you as a city property tax payer. You can not get your Billy Stokes back and vote for Kristi Davis or Ray Jenkins instead. 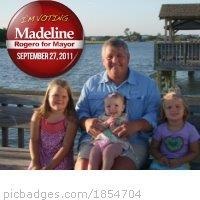